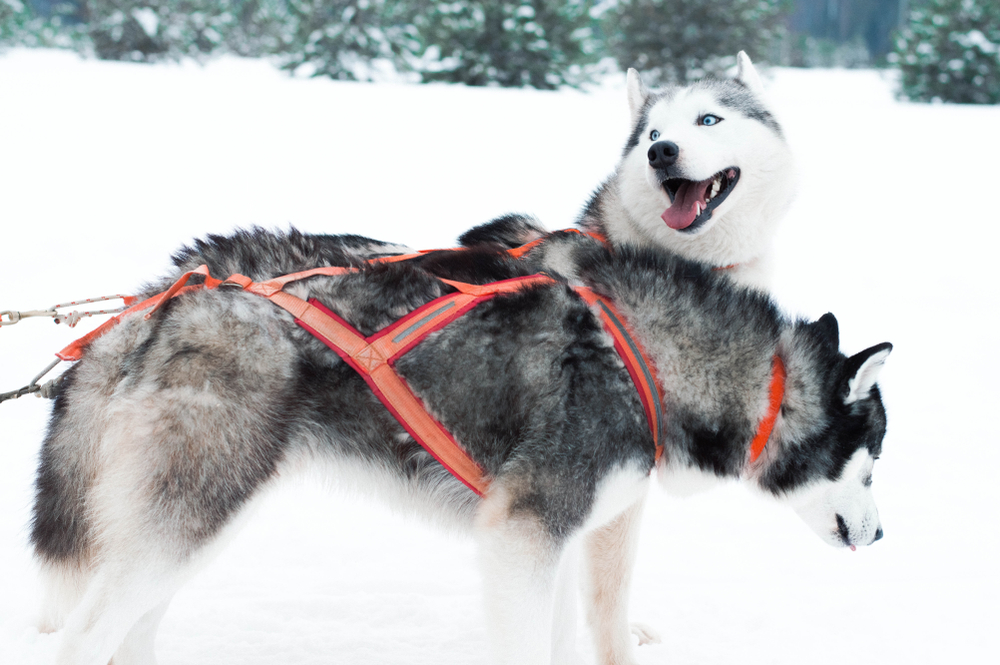 Comparing the Alaskan Malamute vs Siberian Husky. Are they really different?

The Alaskan Malamute and the Siberian Husky appear to be quite similar, but some say that they are very different dog breeds.

With that in mind, how can you decide between the two? If you’re looking for a canine companion, which is the better breed for you?

There are many factors you can consider in the Malamute vs Husky debate. This includes the dog’s lifespan, temperament, appearance, and even the pricing (if you’re buying instead of adopting).

Here is everything you need to know.

To better understand what separates these two breeds recognized by the American Kennel Club, at least from a physical standpoint, here’s a quick overview of both the Malamute and Siberian Husky. 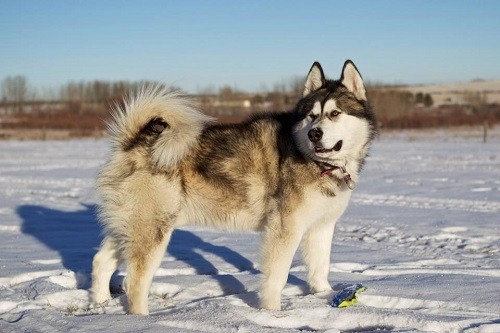 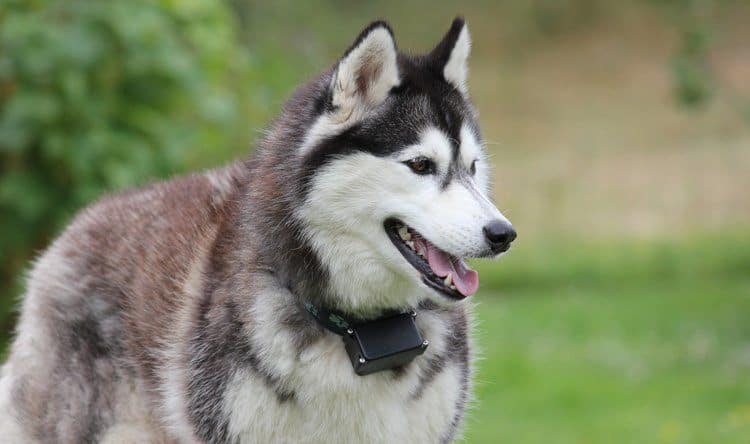 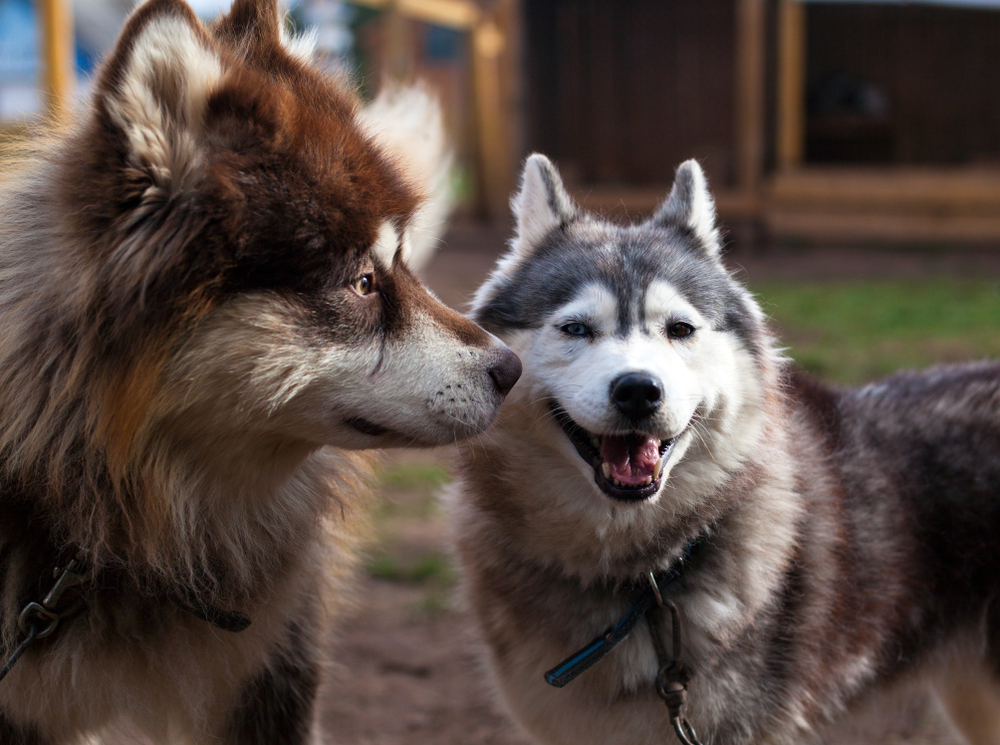 Given the fact that the Alaskan Malamute and the Siberian Husky share a close genetic relationship and many similar genetic markers, it’s understandable why so many people confuse the two breeds.

There are enough similarities in both appearance and personality between Malamutes and Siberian Huskies that many people don’t bother researching both breeds and assume they’re essentially identical.

However, the differences are worth knowing. The small details can tell you whether a dog is the right fit for your household.

When it comes to human interaction, both dog breeds are very friendly and playful, especially with their owners. Siberian Huskies and Malamutes are both high energy dogs that require daily exercise.

Although playful in nature and friendly, both the Alaskan Malamute and Siberian Husky can have issues when interacting with pets of different species.

Both the Alaskan Malamute and Siberian Husky share the double coat trait, and both need regular grooming in order to maintain a healthy coat and skin. The same level of attention should be provided in the form of nail trimming and ear cleaning for both breeds. 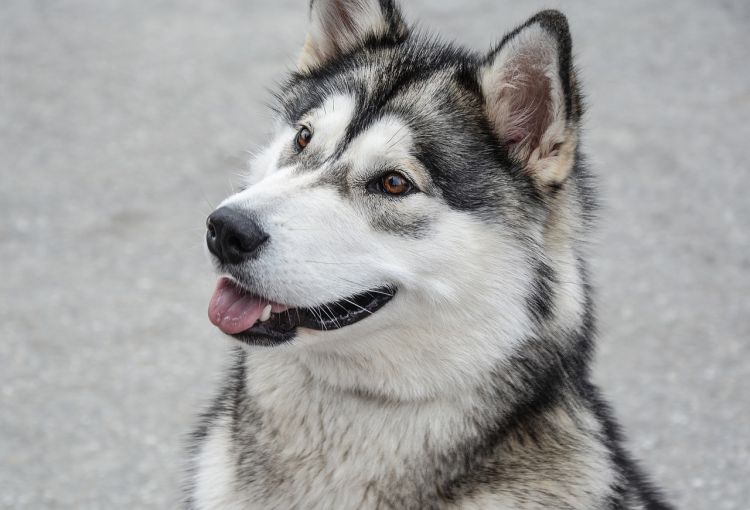 One of the biggest differences in behavior is to do with these dogs’ loyalties.

The Siberian Husky is known to always be loyal to the pack before the owner, whereas the Malamute puts his owner first. The physical traits are quite different too, even though the dog breeds may look very similar to the untrained eye.

When it comes to dealing with other pets, a Husky will be more accepting of other animals, especially other dogs, regardless of breed. Malamutes are a bit temperamental.

They are reliably friendly with their owners, but they may be wary of strangers, other pets, or even other family members at times.

Because of this, the Malamute is not the ideal choice for a pet or guard dog in a family with small children. Even with proper training and supervision, this breed’s temperament doesn’t tend to fit family life. A Husky is generally a better fit in most families.

Malamutes are superior in strength and size but they are slower than Huskies. That’s one of the reasons why Husky packs are used for pulling fast and with light hauls, whereas Malamutes are used to transport larger cargo. (The other reason being that Huskies’ pack mentality helps them work together as highly capable sled dogs.)

Although the Malamutes have superior physical attributes, it’s worth mentioning that Siberian Huskies don’t just tend to outlive them, but they also encounter fewer health problems during their lifespan.

One other notable difference is in regards to heat tolerance. While both breeds are great sled dogs, the Husky can bask in the sun without any problems. The Malamute, on the other hand, might get heatstroke in warm climates. This makes the Husky a much more adaptable dog. 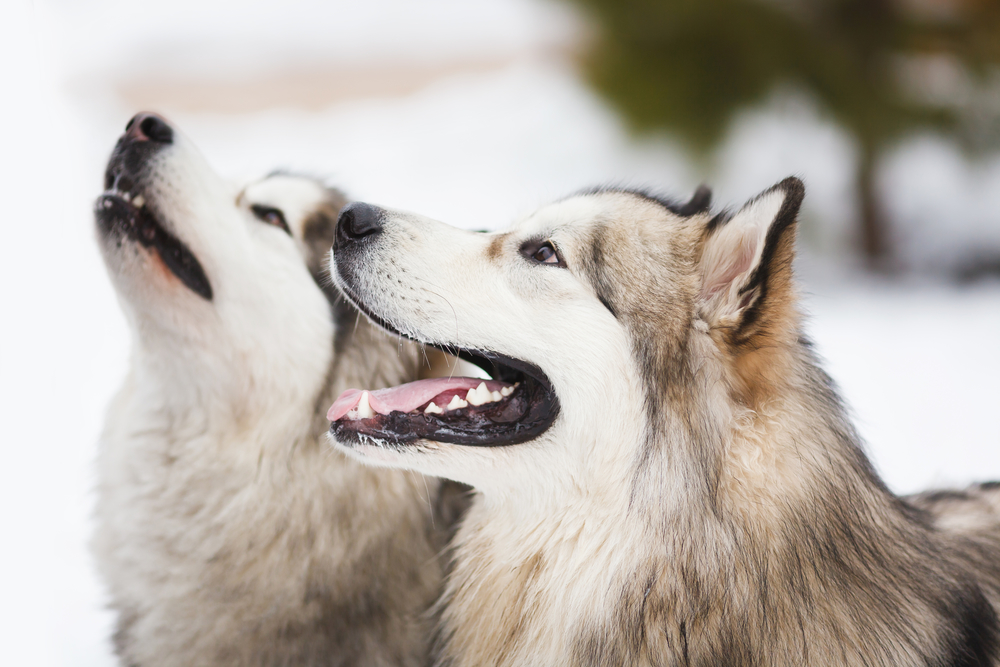 Being high energy and temperamental, both the Alaskan Malamute and the Siberian Husky requires proper training. The good news is that both Siberian Huskies and Malamutes are very intelligent and are quick to pick up tricks and behavior training.

You can train a Malamute to be less loud than a Husky if you start at an early age. Huskies are a naturally chatty breed and are likely to be noisy around people and other animals alike. Unfortunately, if you live in a quiet neighborhood, owning a Husky may be frowned upon.

One thing you can’t really train is a Husky as a guard dog. A Malamute is a better choice for a guard dog, and not just because of their slightly aggressive temperament or their superior size.

This breed is also genetically wired to be less accepting of others, except their owner. Siberian Huskies are simply too friendly for such a task, though they will still be protective of their owners or pack.

Another important thing is knowing where the dog’s loyalties lie. A Siberian Husky might prioritize protecting other members of the pack when threatened. As opposed to that, the Malamute will always defend its owner first. 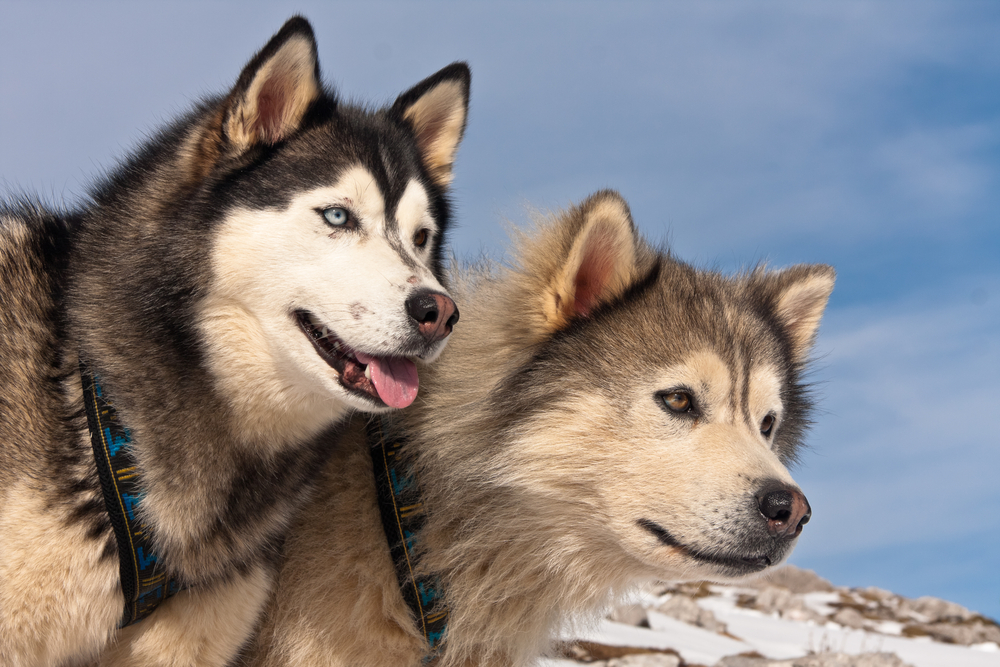 While both were bred as capable sled dogs, due to their height and muscle advantage, you may think that Malamutes would make better working dogs.

While it’s true that from a purely physical standpoint, Malamutes are stronger and can carry more weight or be more efficient as rescue dogs, you can’t discount the Husky either.

Some Siberian Huskies may only have half the weight and muscle of a well-trained, well-fed Malamute, but they play much better with others.

Their genetically inherited pack mentality may actually give them the edge over Malamutes. 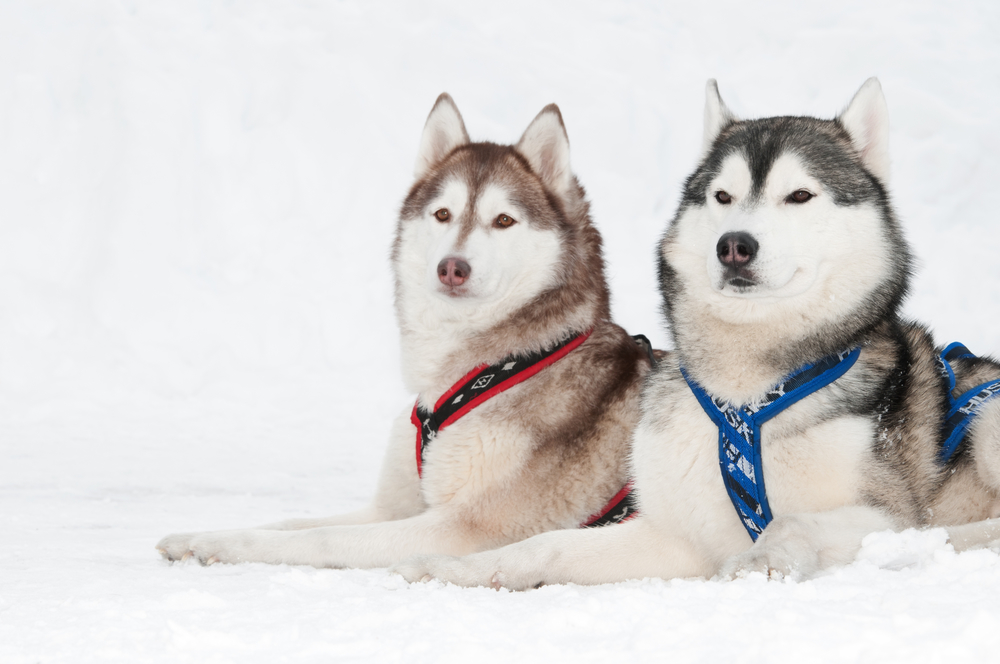 Depending on the breed, age, health, and looks of the dog, prices between Malamutes and Huskies can differ substantially.

However, if you plan on choosing between these two breeds purely based on your budget, then the Husky is the cheaper choice. Most Siberian Husky puppies shouldn’t exceed $1,300, whereas a Malamute puppy can cost up to $1,700.

Of course, prices will vary around the world and from one breeder to another. Lineage may also matter.

It’s not uncommon to find healthy, gorgeous Siberian Husky puppies at around $500 or $600. But Malamute puppies will almost always exceed the $1,000 mark, as this is a rarer breed. 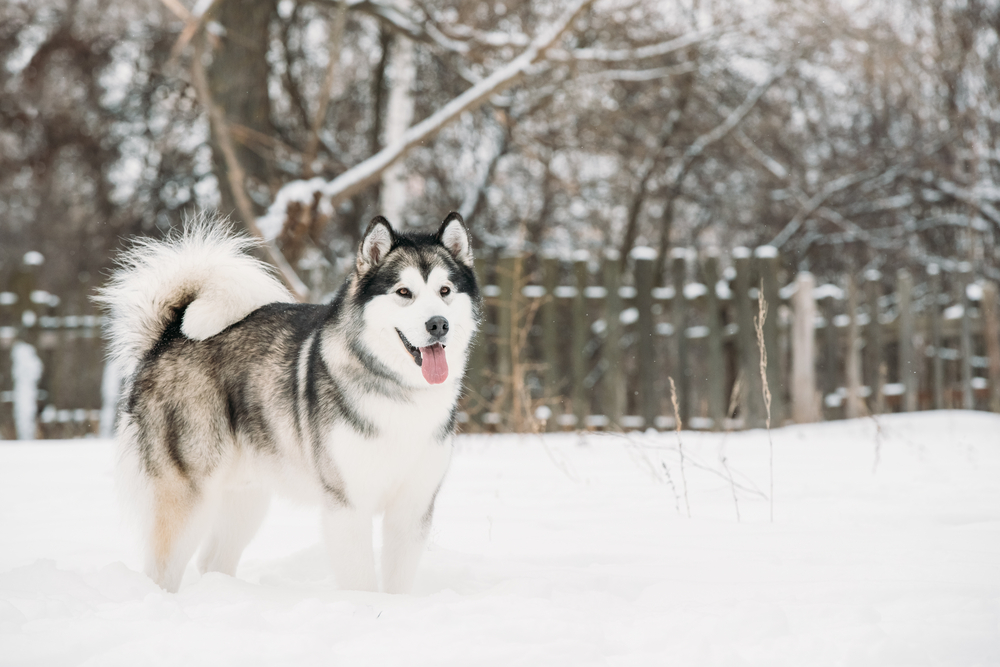 Owners of Siberian Huskies should consider regular testing for hip dysplasia and eye issues. An eye checkup is recommended once per year.

Owners of Malamutes should take their dogs for even more medical tests. Malamutes are known to be susceptible to eye, elbow, hip, and heart issues. Conditions that affect the thyroid are also more common in Malamutes than in Huskies.

Puppy prices aside, Malamutes are also more high-maintenance than Siberian Huskies — not because they need more affection and playtime, but because they’re more prone to medical conditions.

Obesity is no joke either. Huskies can easily avoid this problem, as long as the owner is careful. But with the Malamute, obesity is a real concern.

The dog is naturally large and muscular, with the same healthy appetite as a Husky. Combined with a slightly slower metabolism, you should exercise extra care when handling the diet of a Malamute. 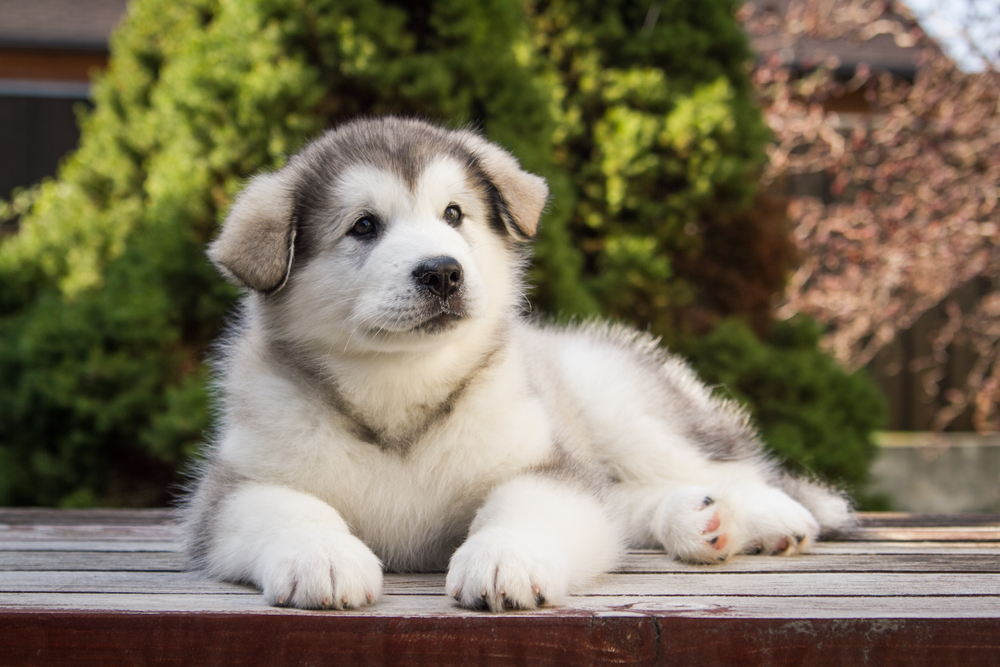 How to Spot a Healthy Husky or Malamute

Whether you’re thinking of getting a Husky or a Malamute, you should look for the same traits in puppies when trying to gauge their health condition. Bright-eyed, energetic puppies are healthy. If you can’t stop the pup from trying to play with you, that’s a good indication that everything is fine.

Of course, if you’re getting the puppy from a breeder, you should also ask for proof of health testing, if none is provided beforehand.

RELATED: Golden Retriever Husky Mix: Getting to Know the Goberian

A Word of Caution With Huskies and Malamutes

Never forget that both Malamutes and Siberian Huskies are high energy dogs. Neither will refuse extra playtime and attention and it’s important that you give it to them, especially to Huskies.

Siberian Huskies can be as destructive as they are affectionate, so don’t leave them unattended for long periods of time.

Ask any proud Husky owner how much damage the dog can do to shoes, furniture, or even in the garden, due to excessive chewing and digging when left to their own devices.

Malamutes have some similar tendencies. But it’s much easier to stop this kind of behavior with them. 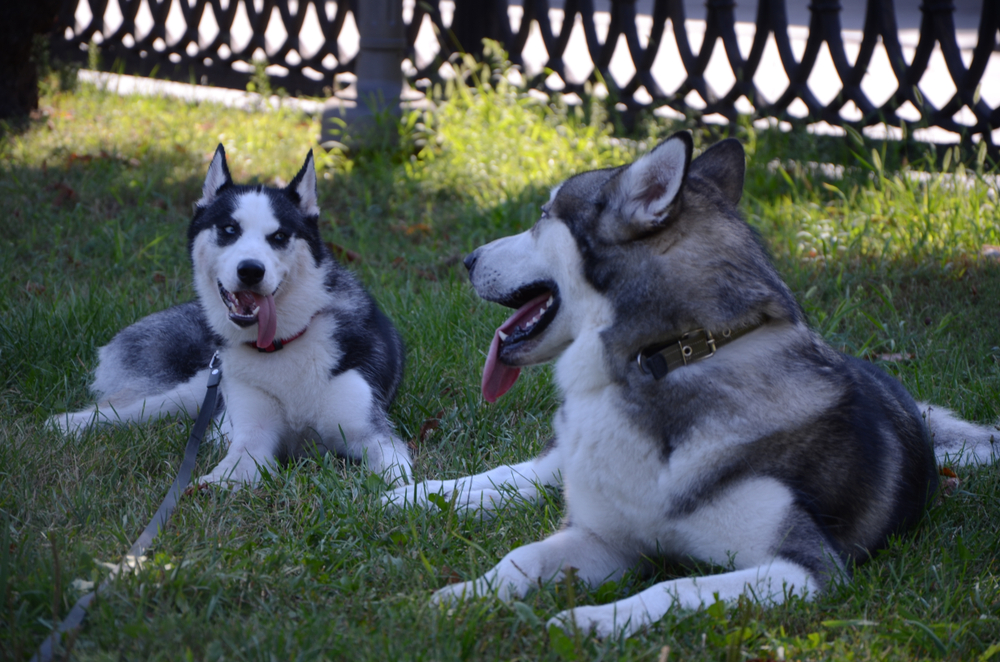 Husky vs Alaskan Malamute: Which Dog Makes a Better Companion?

Again, a Husky will likely be a better fit for large families with multiple pets and children. Given the lonelier mentality of the Malamute, this breed is best suited for single owners or small families without too many animals.

But the choice between a Malamute vs Husky isn’t that simple. Other factors you should consider are life expectancy, health issues, maintenance, temperament, etc.

Make sure to learn all about their similarities and important differences, so that you can make a more informed decision. Once you know what you want, go ahead and pick a fluffy giant for your home.

German Shepherd Husky Mix: All About the Gerberian Shepsky

Why Do Huskies Have Blue Eyes? The Reasons Behind Your Husky’s Baby Blues

Scroll back to top
0shares