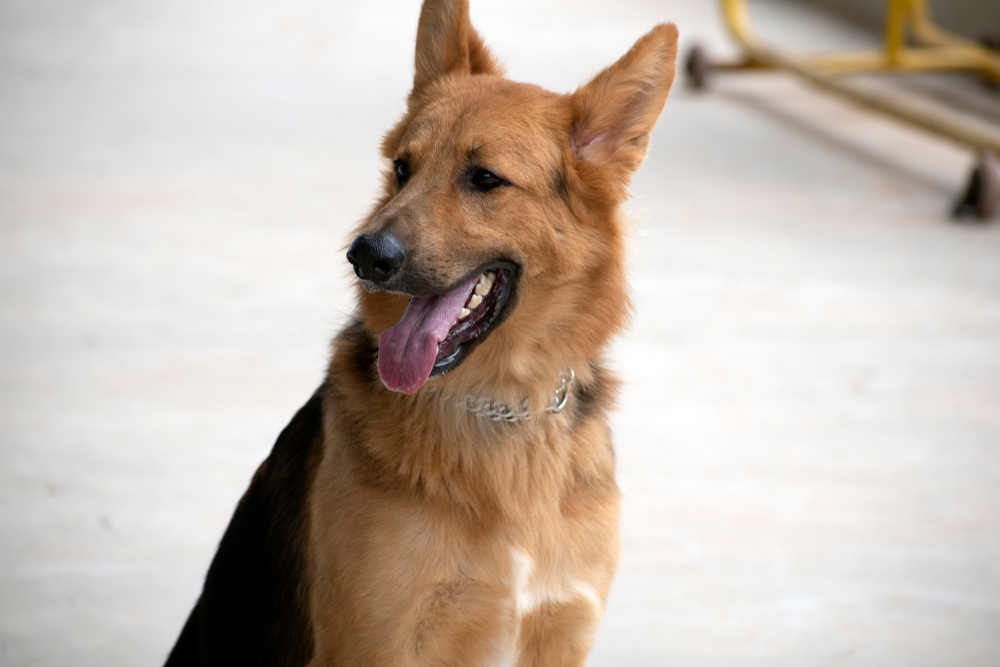 With the Golden Retriever German Shepherd, also known as a Golden Shepherd, you get the best of two great breeds.

Let’s learn more about this amazing hybrid dog breed. It might become your new best friend.

A Word About Hybrid Dog Breeds

In theory, a hybrid dog would get half of its genes from each parent and be a perfect blend of the breeds. In reality, a hybrid dog may get more traits from one parent or the other. That makes it impossible to predict which traits a hybrid puppy will get.

Since the Golden Shepherd is a cross between two breeds, they can have any characteristics of either breed. To better understand the Golden Retriever German Shepherd mix, let’s talk about the parent breeds. 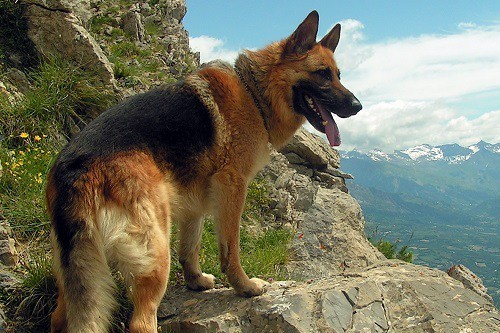 The second-most-popular dog breed in America, the German Shepherd is loyal, intelligent, and friendly. Originally bred for herding, then military use, German Shepherds are great all-around dogs who will do nearly anything you ask.

German Shepherds have a regal outline, with a pointy snout, erect ears, and a sloped back. They have thick fur that sheds quite a bit. They shed a little bit year-round but will “blow” their undercoat seasonally.

The German Shepherd comes in both short-haired and long-haired varieties. They can be found in many different colors, including:

German Shepherds stand as tall as 26” at the shoulder and can weigh up to 90 pounds or more. They have a lifespan of 7-10 years. 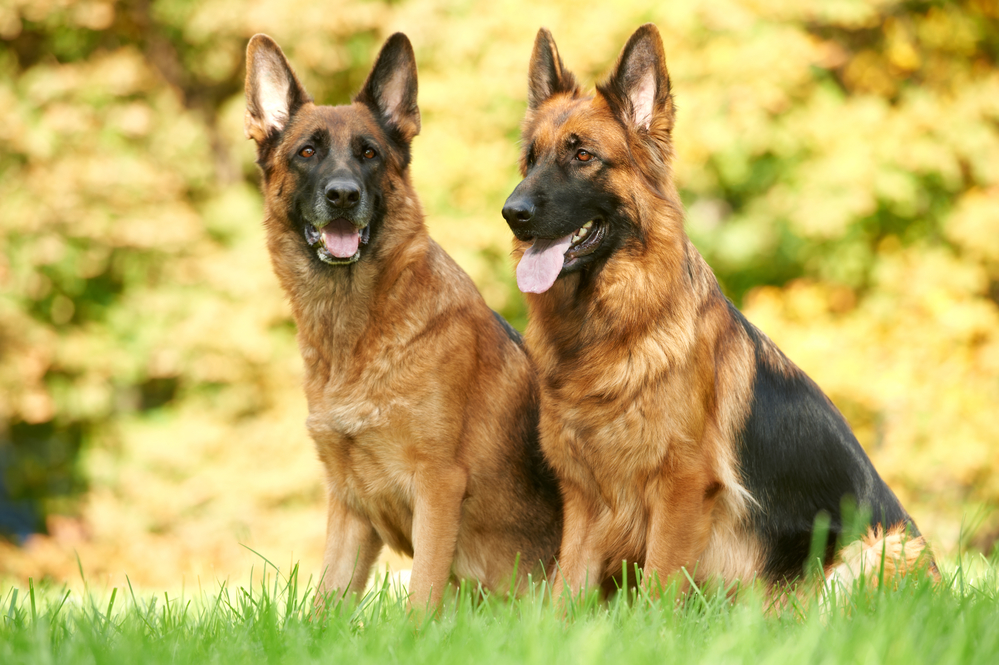 Until the late 19th century, every region of Germany had its own variety of sheepdog. In 1899, German Cavalry Captain Max von Stephanitz set out to create the best sheepdog in all of Germany. When technology started replacing the need for sheepdogs, he focused his efforts on creating an excellent military and police dog.

Stephanitz used his connections to convince the military to use his dog breed in a variety of different capacities. In World War I, German Shepherds served as rescuers, guards, Red Cross dogs, messengers, sentries, and supply carriers.

After the war, an American corporal brought home a young German Shepherd puppy. He trained the dog well, and he became the famous Rin Tin Tin. Rin Tin Tin starred in 26 movies and helped make the German Shepherd famous in America. 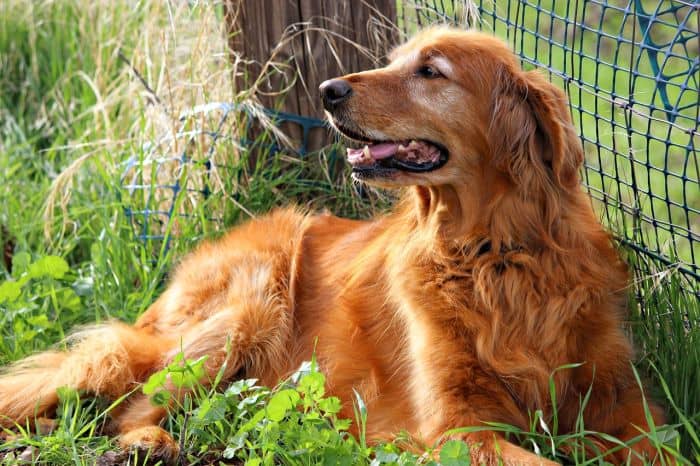 The third-most-popular dog in the United States is the Golden Retriever. This dog has a goofy, happy-go-lucky personality and a need to please their people. They’re a popular breed for families with kids since Goldens are so gentle.

Golden Retrievers come in “golden” coat colors ranging in shade from white or cream to dark red. Their medium length hair sheds quite a bit and is straight or wavy. Their fur can become tangled, especially behind their ears.

The Golden Retriever stands up to 24” high at the shoulder and weighs up to 65 pounds. Goldens are slightly smaller and much stockier than German Shepherds. Their drop ears are prone to infection. 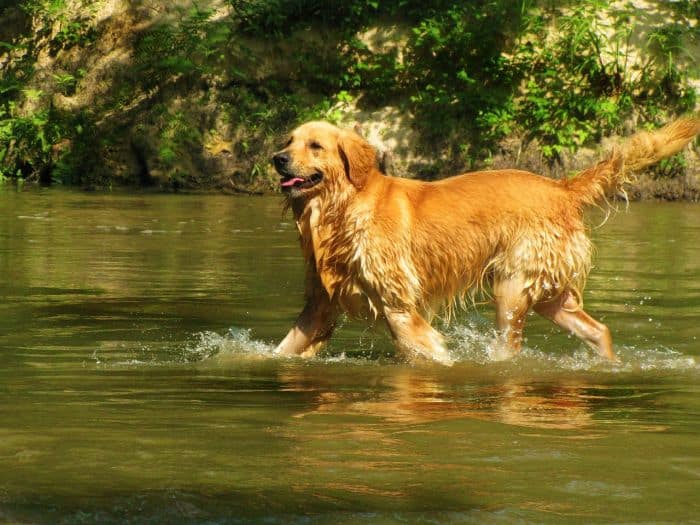 History of the Golden Retriever

The first Lord Tweedmouth, Dudley Marjoribanks, developed the Golden Retriever from 1840 to 1890. He wanted to create a gundog that would tolerate the rugged terrain and rainy weather. To do this, he mixed his “Yellow Retriever” with Irish Setters, Bloodhounds, and the extinct Tweed Water Spaniel.

Lord Tweedmouth kept detailed records of his breeding program. That makes the genetic history of the Golden Retriever better known than that of many other breeds.

Golden Retrievers quickly became popular in the United States thanks to their lovable personalities. The breed’s popularity exploded after President Gerald Ford brought his Golden, Liberty, to the White House.

The breed is now commonly used as a guide dog, service dog, therapy dog, and more. 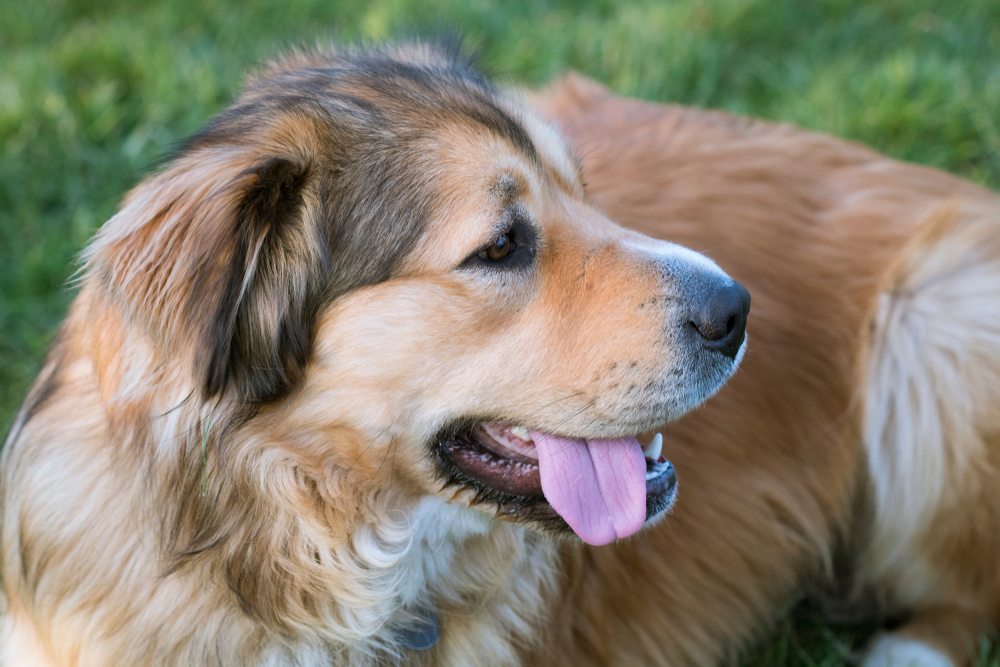 A Golden Shepherd could be tall and skinny like a German Shepherd or short and stocky like a Golden. No matter how the parent genes combine, the result is likely to be adorable! 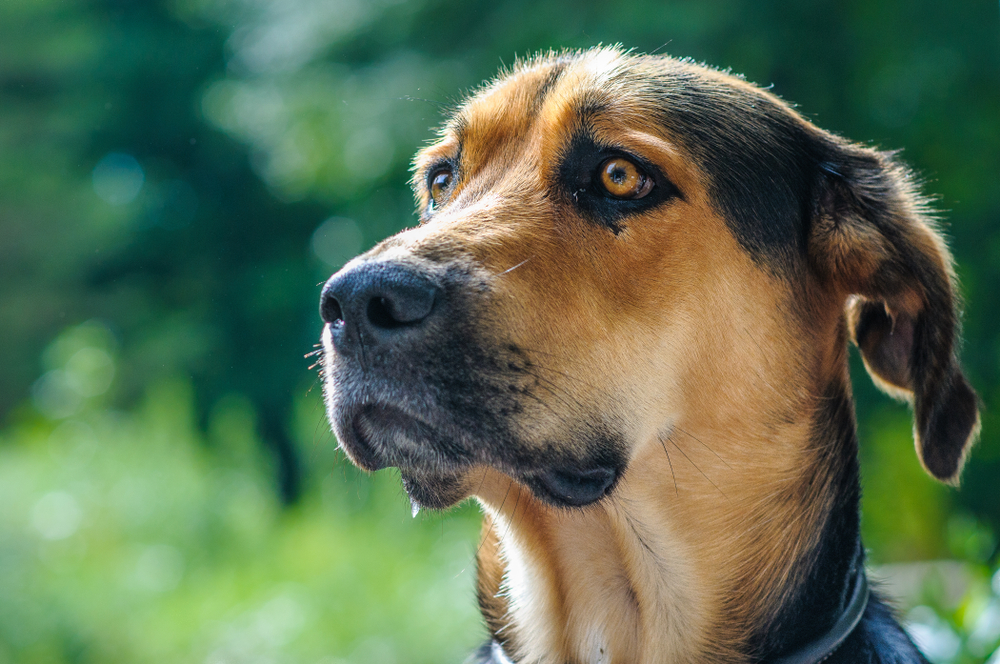 You should pay careful attention to the ingredients in your Golden Shepherd’s food. Cheap food can lead to health problems. Look for food with whole meat as the first ingredient. Avoid by-products and artificial colors and preservatives. 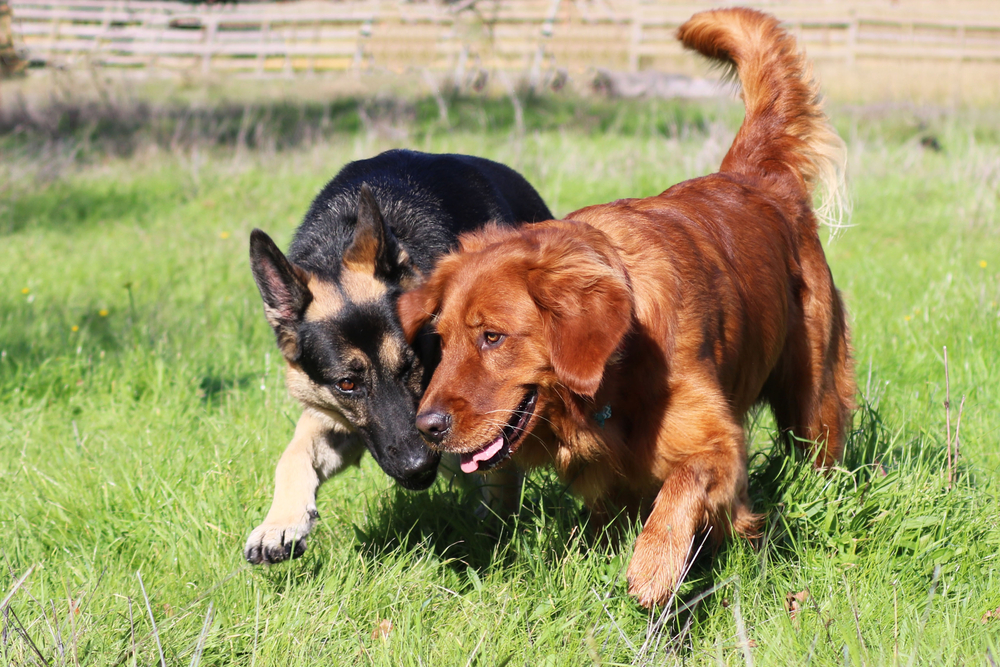 Dogs who don’t get enough exercise tend to develop behavioral issues. If your dog is barking or chewing on things when left alone, they may need more exercise.

A Golden Shepherd may not be right for you if you can’t provide them with plenty of exercise. They will be happiest joining you on all your active adventures.

One thing to keep in mind, however, is that large breed dogs shouldn’t get much vigorous exercise as puppies. Too much running as a puppy can put a strain on a Golden Shepherd’s joints as it grows. This can lead to joint pain down the road.

Try not to get too crazy with treats when training your dog, and account for them when feeding your dog. Obesity causes a lot of health problems in dogs, so you want to keep your Golden Shepherd a healthy weight.

It’s important to reward your dog for good behavior rather than punish them for bad behavior. This makes your dog willing to please rather than afraid of you. 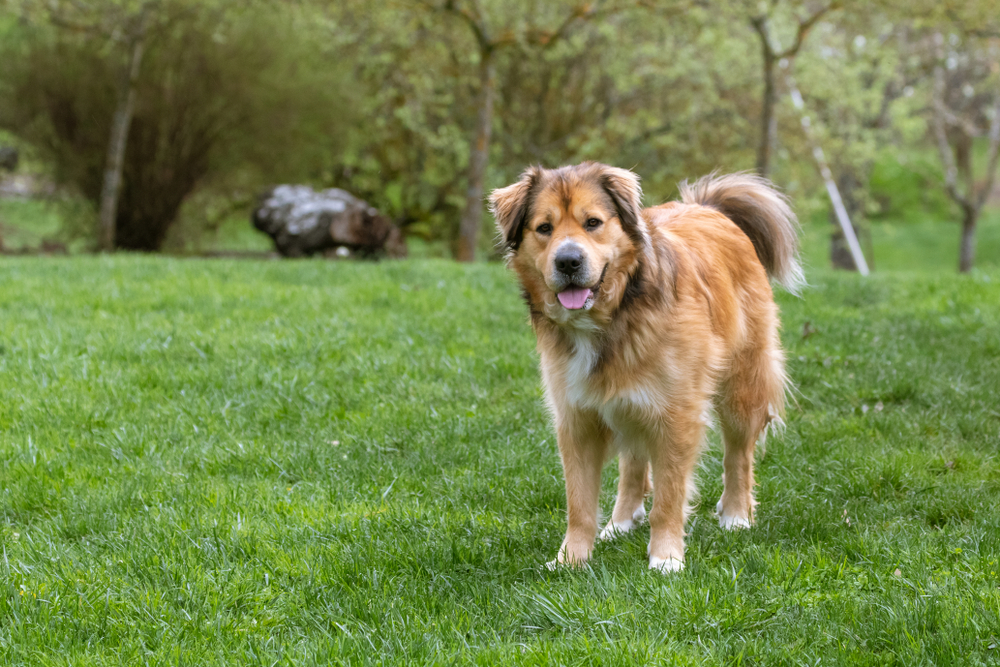 In some cases, hybrid vigor may reduce the odds of developing a condition that’s only common with one parent breed. However, Golden Retrievers and German Shepherds are prone to many of the same health issues.

German Shepherds are extremely prone to hip dysplasia, a condition where the femur doesn’t fit properly in the hip joint. Hip dysplasia often leads to crippling pain in the back legs. Many dogs need to be euthanized when their back legs lose too much function.

Surgery can help treat hip dysplasia, but it can be quite expensive.

Other health conditions that German Shepherds are prone to include:

ALSO SEE: All About the German Shepherd Lifespan 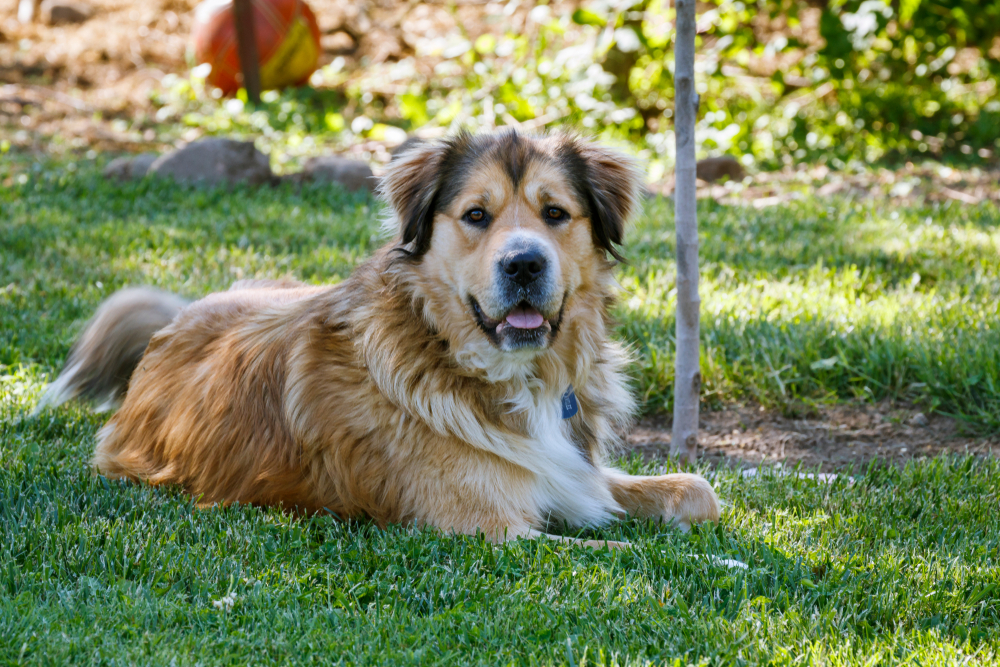 The type of grooming your German Shepherd Golden Retriever mix will need depends on what type of coat they get. Regardless, they will need regular ear trimming, toothbrushing, and baths.

If your Golden Retriever German Shepherd mix has longer hair like a Golden, their hair may be prone to tangling. You may choose to trim their hair to prevent that.

Your local shelter or rescue groups are a great place to find a Golden Retriever German Shepherd mix. In fact, few people are breeding these mixes intentionally. That means it may be easier to find a Golden Shepherd in a shelter rather than from a breeder.

While there aren’t any breed rescues specifically for Golden Shepherds, you may find one through other breed rescues. A few groups you might try include: 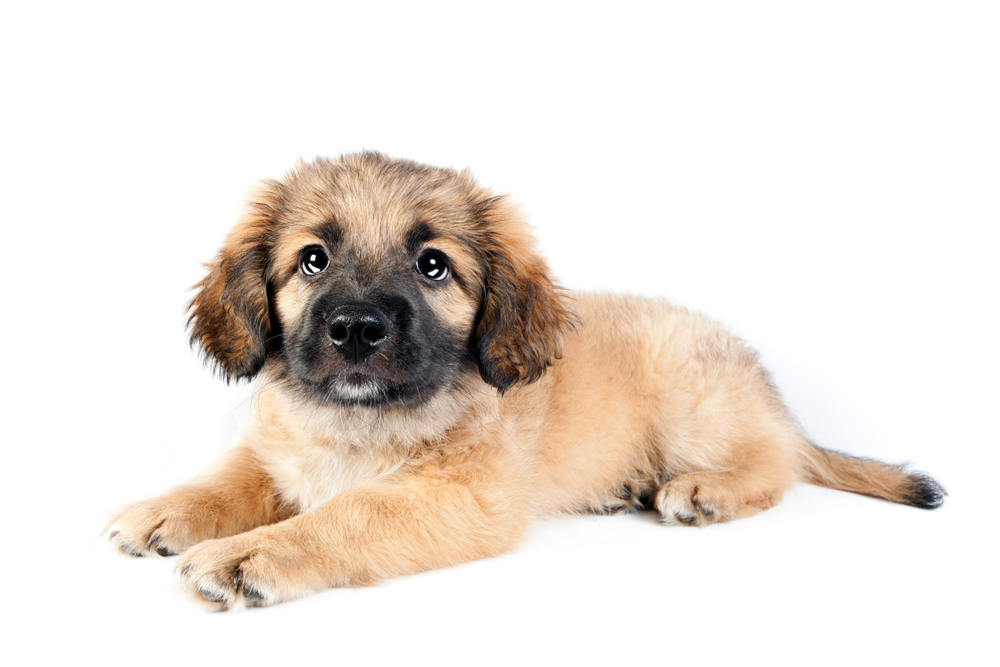 Puppy mills are only interested in making a profit. They don’t care about the dogs themselves and force them to live in dreadful conditions. Often, cages are stacked several high with wire bottoms for waste to fall through.

Dogs at puppy mills often never see the sun or touch grass. Adults are only kept as long as they can breed, then they’re euthanized or sent to a shelter.

When you buy a puppy at a pet store or from a puppy mill, you are supporting animal cruelty. You may think you’re saving the puppy’s life, but you are condemning its parents and siblings to a miserable life.

Another problem with dogs that come from puppy mills is that they are often unhealthy. Since the breeders don’t do any health testing, the puppies are more likely to have genetic problems. The filthy conditions the puppies are kept in also means they often arrive at their new homesick. 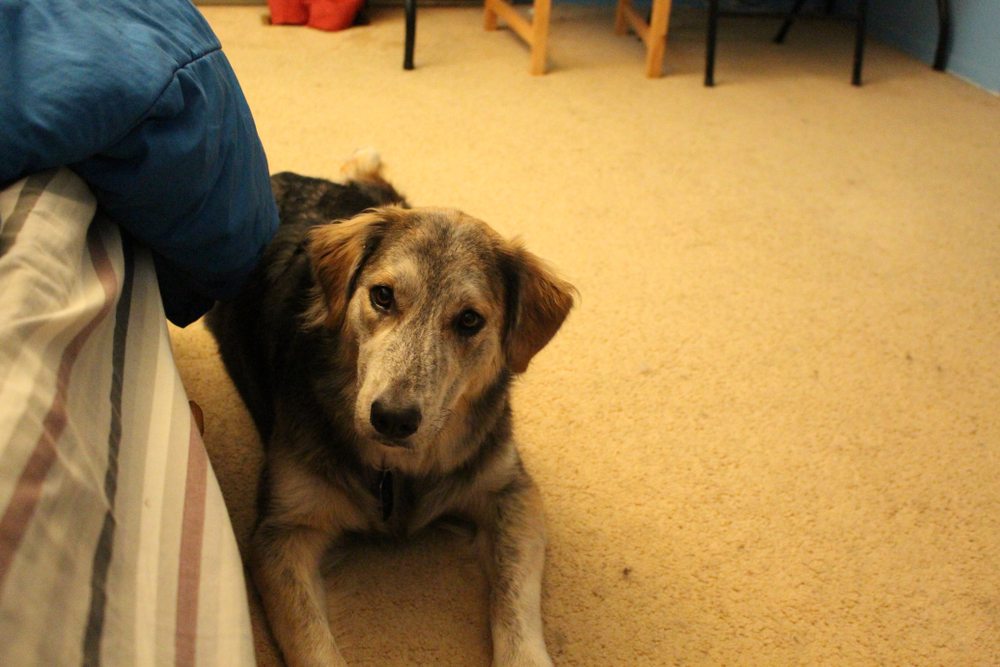 Pros and Cons of Getting a German Shepherd Golden Retriever Mix

Here are some pros and cons of bringing a Golden Retriever German Shepherd mix into your life: 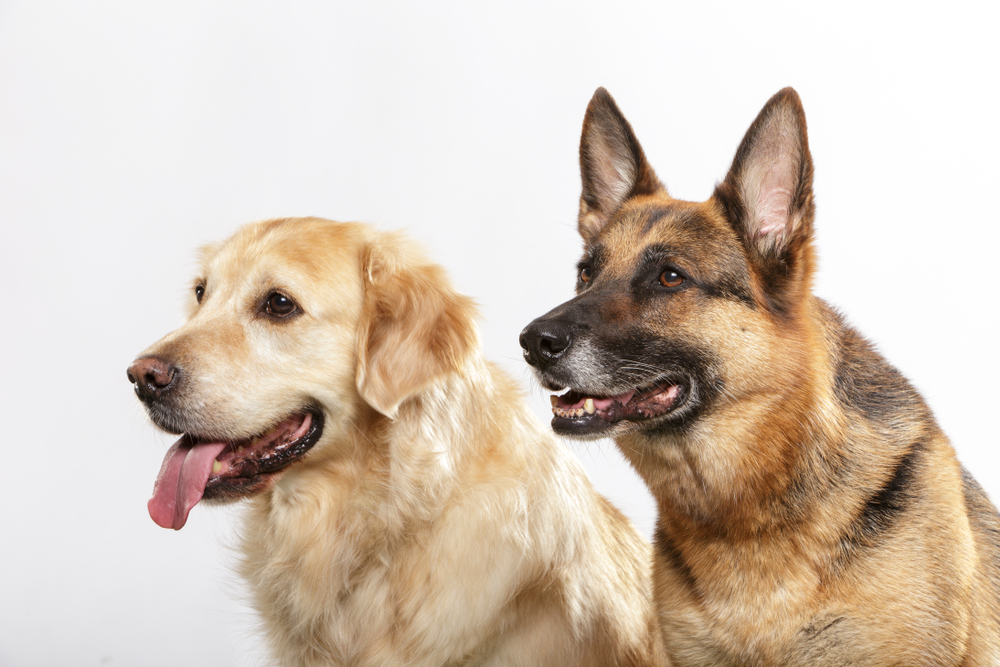 Here are answers to some of the most commonly asked questions about Golden Retriever German Shepherd mixes.

Are Golden Shepherds Good with Kids?

Since both parent breeds generally do well with children, Golden Shepherds should also be good with kids. The one caveat is that breeders may be more concerned with money than breeding dogs with good personalities.

How Big Does a German Shepherd Golden Retriever Mix Get?

As you can see, when you mix two of the most popular breeds, you get an amazing family dog. While you can’t predict what they will look or act like, both parent breeds are friendly, loyal dogs. A German Shepherd Golden Retriever mix might be just the dog you’re looking to add to your family.

Golden Retriever Vs German Shepherd: Which Breed is Best?

German Shepherd Husky Mix: All About the Gerberian Shepsky

The Different Types of Golden Retrievers

When Does a German Shepherd Stop Growing?