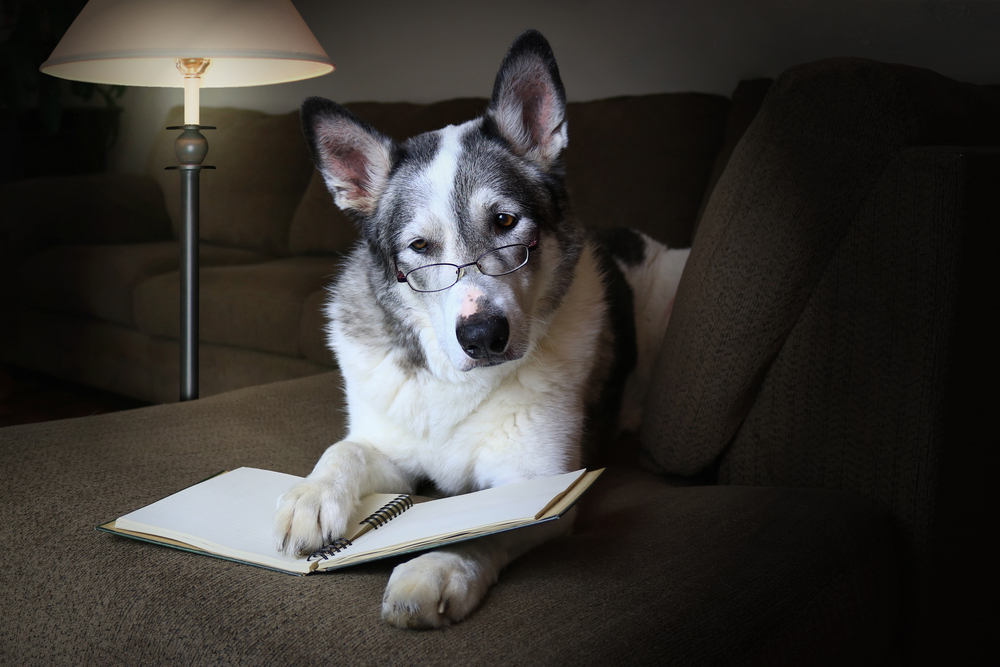 Dog IQ: How to Test Your Dog’s Intelligence

The Intelligence of Dogs

This refers to what a dog was bred for. This obviously differs greatly between breeds, but cannot effectively be compared across different breeds.

For example, herding dogs have a high instinctive intelligence for herding animals, scent hounds for following a scent, and Greyhounds for chasing prey by sight.

Guarding, pointing, fetching, and companion instincts are other examples of instinctive intelligence. These different abilities are for the most part innate in a dog and simply require human direction to keep these behaviors pointed in a controlled and productive direction.

This refers to a dog’s ability to learn and solve problems on its own. Adaptive intelligence can differ significantly within a breed as well as between breeds.

This refers to a dog’s ability to learn from humans, or trainability. Because a dog doing tricks and following commands is often seen as the height of canine intelligence, and because it is easily measured and compared between different dogs and breeds, this type of intelligence is used to rank dog breeds by intelligence.

Trainability does not necessarily indicate intelligence, but we often use it as a proxy for measuring intelligence in dogs. If dogs had not been as willing and able to take direction from humans, we likely never would have domesticated them for the variety of tasks that they currently perform.

Trainability is a combination of a dog’s relationship with people, motivation, and intelligence. A highly trainable dog will enjoy working with people and taking direction from humans, have a high motivation to learn through treats, toys, or other rewards, and be smart enough to understand what his owner is asking him to do.

Trainability has to do with intelligence, but it is not a complete test of a dog’s brain. However, it was used as a measurable proxy for canine intelligence by psychologist Stanley Coren. 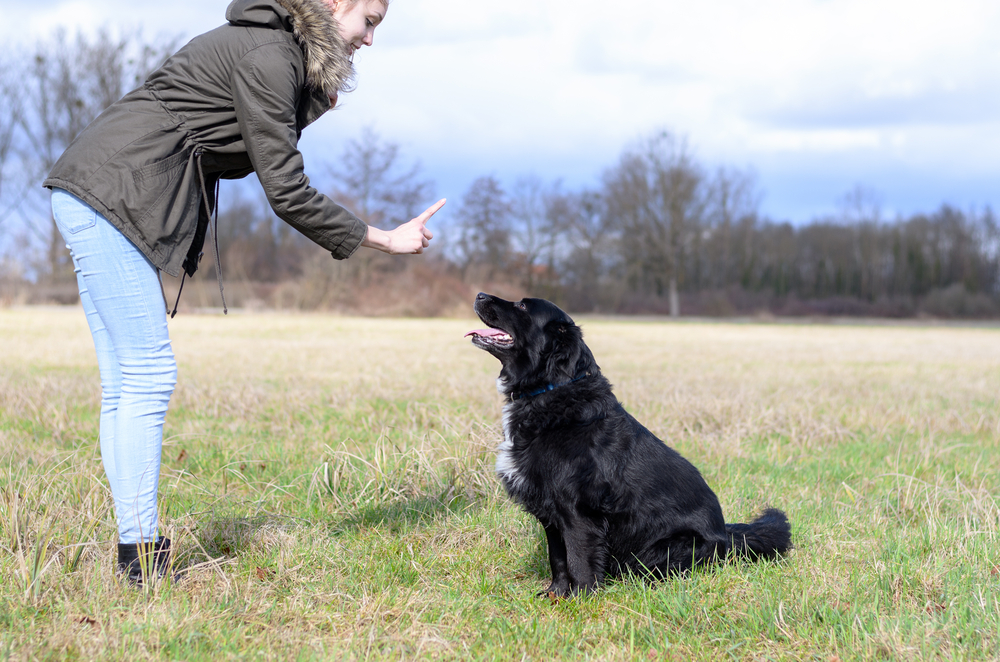 How to Help Your Dog Be as Smart as Possible

It is important to remember that the dogs assessed in this study were competing in obedience trial competitions with their trainers. This potentially means that some truly intelligent dogs were paired with mediocre trainers (or an “off day”) that resulted in bad scores or that a somewhat smart dog could be paired with an excellent trainer to get great scores. A responsive and motivated dog will likely perform very well in obedience training with an equally attentive and motivated owner.

Dogs will not rise to be excellently trained on their own, but they will respond very well to positive reinforcement and consistent training practice. A well-trained dog takes a lot of work on the part of the owner, as well as the hound.

In order to make training most successful, you have to:

Again, make sure you are ready to put in the effort to work with your smart dog! 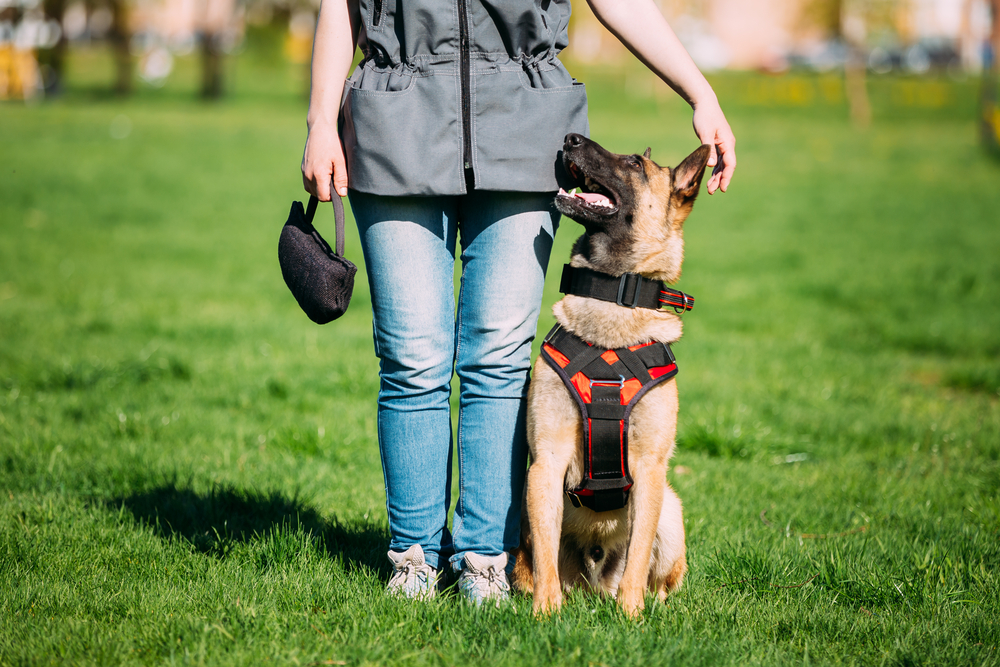 How to Test Your Dog’s IQ

Stanley Coren’s first round of testing used a breed’s performance at AKC obedience competitions to rank each breed in terms of working and obedience intelligence.

In order to find out which dogs had the highest working and obedience intelligence, Stanley Coren decided to ask dog trainers for information. He sent a survey to American Kennel Club and Canadian Kennel Club obedience trial judges. Only the dog breeds that received at least 100 rankings were scored.

This means some rare breeds weren’t represented in the study. Additionally, dog breeds not recognized by the AKC (such as the Jack Russell Terrier) weren’t included in the results. These obedience trial results for over 130 dog breeds have been used to rank these breeds by their intelligence.

The fact that there was a large amount of agreement between judges indicates real, noticeable patterns between breeds. Although this test is by no means a perfect measurement, different methods of assessing canine intelligence have also shown similar patterns.

Later on, Dr. Coren decided to test trainability as an aspect of a dog’s intelligence. Rather than surveying obedience trial judges from the AKC (which means that only dogs with competitive owners, often professional trainers, were measured), this was a survey given to owners.

Of course, there are some downsides to asking owners how smart they think their dogs are. Like with the obedience trial judges, this measure is subject to the skill of the trainer as well as the intelligence of the dog. The results of this survey ranked the dogs within five categories:

Within this system, a breed’s score is determined by the rank they achieved in this study (the “smartest” dog’s score is 1). Although these rankings are widely accepted, it is important to keep in mind that judging some dogs as “excellent working dogs” based on their working/obedience intelligence is often unfair, as dogs were bred to work many different jobs.

If you’d like to do this test on your own with your dog, pick a simple behavior that your dog doesn’t know yet: touching his nose to your hand, for example. See how quickly your dog picks up on this behavior. Watch the video below to learn how to teach your dog this skill.

Then see how well your dog responds to a known cue. Be sure to reward your dog with a treat when he gets things right – otherwise, he’s sure to start ignoring you! Avoid scolding or swatting your dog for getting it wrong, as this will make him less likely to want to work with you later on.

Problems With This Dog IQ Test

The Bloodhound is difficult to train and is often ranked among the lowest of this list, but you would be hard pressed to find a better working scenthound. Greyhounds are notoriously difficult to teach to sit, not because of their intelligence, but because their body shape makes sitting uncomfortable!

Many canine researchers have a lot of problems with Dr. Coren’s research. His book is often called pseudoscience, relying on poorly-orchestrated surveys at best and folklore or speculation at worst.

Of course, Dr. Coren’s work isn’t the only research out there on canine intelligence. Some research has shown that skull shape and trainability correlates in dogs. The dogs with more moderately shaped heads (not extremely long-nosed or short-nosed) consistently ranked as more intelligent – think the moderately shaped Labrador or German Shepherd head versus the long nose of a Greyhound or the flat face of a Bulldog.

Then again, these researchers admit that this could be based on owner perception or the actual visual capacities based on skull shape, not actual intelligence.

For really interested owners, Adam Milokosi’s book Canine Behavior, Evolution, and Cognition is an incredibly in-depth look at what we know about how smart dogs are, where they come from, and why they do what they do.

As Frans De Waal writes in one of my all-time favorite books, we might just not be smart enough to know how smart animals are. While you can use the tests in Dr. Coren’s study to see how your pup measures up, keep in mind that this is far from a perfect (or even very good) measure of canine intelligence.

How to Crate Train a Puppy at Night

10 Best Calming Treats for Dogs in 2020: Top Chews and Bites for Your Anxious Pet

6 Ways to Stop a Dog From Barking When Left Alone