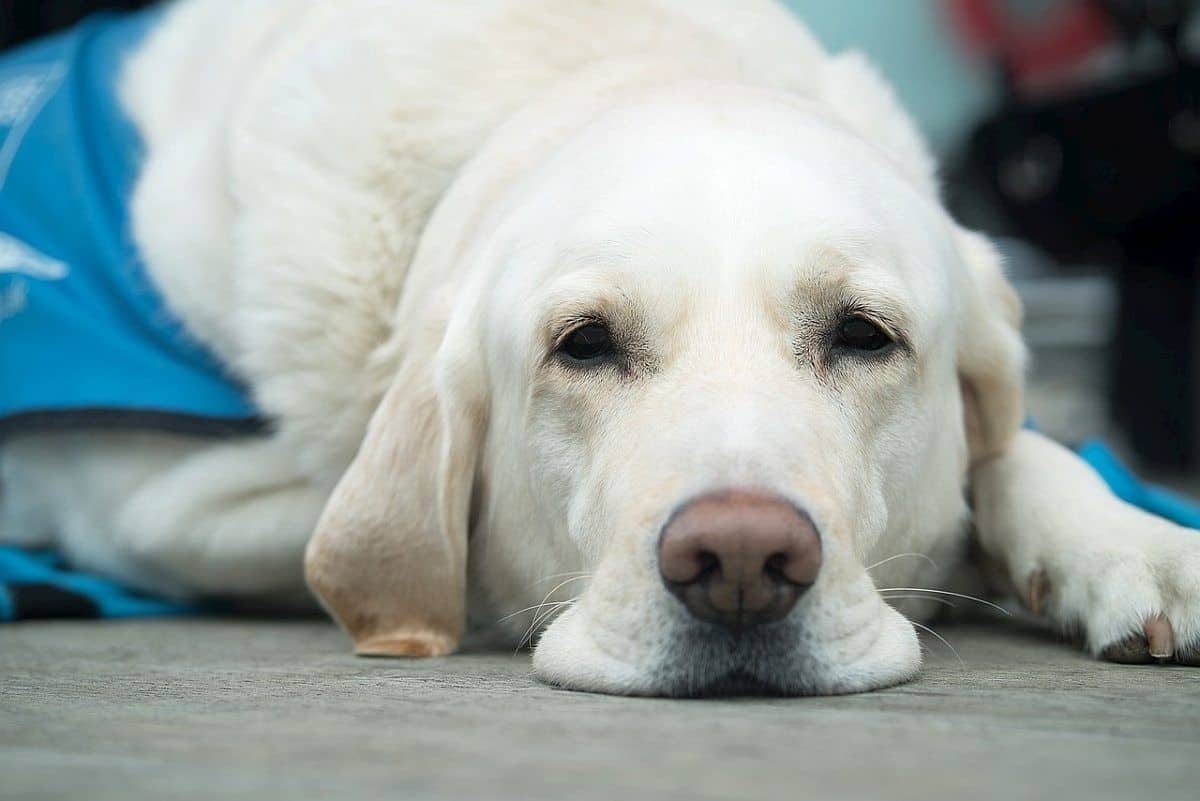 Over the last decade or two, many people have begun using glucosamine for dogs. They typically do so in order to help alleviate their dog’s joint or hip problems, and in many cases, it has been effective.

But before you go out and buy the first bottle of glucosamine for your dog that you see, you’ll want to learn more about it.

We’ll help you do exactly that below.

Does Glucosamine Work for Dogs? What Research Says

While there are definitely some studies that have failed to find convincing evidence that glucosamine works for dogs, several have established a clear link between the glucosamine (and other joint-supporting supplements) and improved mobility and reduced pain in dogs.

For example, a 2007 study found that dogs suffering from elbow or hip arthritis exhibited significant improvement when supplemented with a combination of glucosamine and chondroitin.

The patients in the study who were given the glucosmaine supplements showed improved mobility and reduced pain within 70 days.

Similarly, a 2010 study of cats found that those fed a variety of supplements (including glucosamine, chondroitin and omega-3 fatty acids, among others) exhibited increased mobility when compared to those receiving a control diet, which did not include these supplements. Cat joints are essentially similar to dog joints, so these results are likely applicable to canines.

But perhaps most importantly, a 2005 literature review verified most of the claims glucosamine proponents make.

This included that glucosamine, when used in conjunction with chondroitin, protects dog joint cartilage, is relatively safe and is readily absorbed through oral administration. 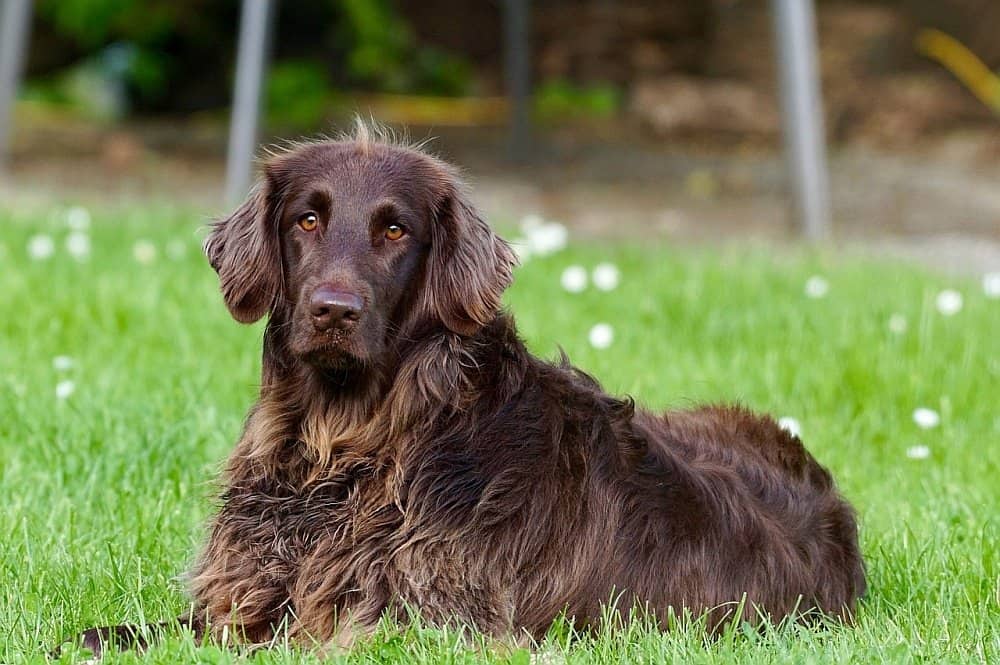 Glucosamine is a naturally occurring amino sugar, which is found throughout the living world.

It is a constituent of the cell walls of many organisms, and it is a primary component of the outer coverings of crabs, lobsters, and other crustaceans.

It also plays an important role in the production of several different biological tissues, including cartilage and synovial fluid.

When given as a supplement to your dog, it is thought to help increase the production of cartilage, thereby protecting your dog’s joints (cartilage serves to cushion and lubricate the bones that comprise a given joint).

Glucosamine HCL is the most common form included in most dog joint supplements, but some use glucosamine sulfate instead. What Conditions May Glucosamine for Dogs Treat?

There are a variety of conditions and ailments that dog owners try to treat with glucosamine. Some conditions respond better to glucosamine than others, and the amount of evidence supporting the use of glucosamine to treat varies problems varies too.

However, glucosamine for dogs is most commonly used to treat the following conditions:

Canine Osteoarthritis involves the long-term erosion of joint cartilage, primarily due to overuse. This overuse may occur through repetitive activities (such as exercise), or it can occur in dogs who are overweight, as they over-burden their joints with excess weight. Glucosamine may help your dog regenerate some of the lost cartilage and protect that which still remains.

Hip dysplasia is a common health problem that occurs when a dog’s hip joint does not develop properly. The disease varies widely in terms of severity, but mild to moderate cases are often treated with glucosamine (and, often, other joint supplements).

Be sure to check out our complete hip dysplasia primer to learn more about this painful and occasionally debilitating condition.

Dogs can suffer from several different diseases that affect the spine or the discs between the individual vertebrae. Cartilage is important for keeping the vertebrae moving smoothly, so glucosamine may help to prevent friction and inflammation.

Traumatic injuries often damage joints in dogs, cause inflammation and destroy cartilage. Because glucosamine is thought to help reduce inflammation and regenerate cartilage (particularly when used in conjunction with chondroitin), it may help injured dogs heal more quickly and thoroughly.

Dogs who have had hip-, elbow- or knee-replacement surgery or other invasive surgical procedures involving the joints may benefit from dog glucosamine supplements. Supplemental glucosamine may help your dog’s body regenerate lost cartilage in these areas, which will help cushion, lubricate and protect the joint.

Be sure to check out our review of the best joint supplements for dogs if your pet is suffering from one of the ailments described above. Is Glucosamine Safe for Dogs? What About Side Effects?

Generally speaking, glucosamine is considered safe for dogs. It has been used for humans and dogs for decades, and negative side effects are generally rare and minor in nature.

Some of the most common dog glucosamine side effects include:

It is also important to realize that glucosamine is typically harvested from crustacean shells. Shellfish allergies aren’t exactly common in dogs, but they are often serious when present.

Accordingly, you’ll want to obtain glucosamine derived from another source if you suspect your dog is allergic to shellfish.

It’s also important to use care when handling glucosamine supplements if you or any other members of your family are allergic to shellfish. Is Glucosamine a Bad Idea for Any Dogs?

Glucosamine may cause problems for dogs suffering from a few health conditions, although there is little research that demonstrates that these complications are common – often, these conditions present theoretical problems, which may or may not cause issues for your dogs.

For example, there is no information about the effect glucosamine supplementation has on pregnant or lactating dogs or their offspring. Accordingly, some vets caution against using it in such cases. This doesn’t mean it will harm dogs or newborn puppies – we just don’t know.

Similarly, some vets worry that glucosamine may cause problems when administered to dogs who are on blood-thinning medications or suffering from diabetes.

Given these possible problems and even though glucosamine is available over-the-counter, it is a good idea to let your vet know that you are considering beginning a supplementation regimen before starting. Joint supplements containing glucosamine for dogs often include additional ingredients, which may also help to provide additional benefits for your dog. Some of the most common such ingredients include the following: Many dog owners consider giving their dog glucosamine intended for humans, but this practice should be strictly avoided.

While it is true that the glucosamine in most supplements is exactly the same (it can come in a few different forms, but these forms are used by both human- and dog-oriented manufacturers), the inactive ingredients contained in the supplements often differ greatly.

Accordingly, it is wise to stick to glucosamine made specifically for dogs when making your choice. Do you supplement your dog with glucosamine or any other dog joint supplements? We’d love to hear about your experiences.

Let us know which supplement you use and explain how it has helped your dog.

And if your dog is suffering from hip dysplasia or some other joint problem, be sure to check out our mobility aid rundown, to learn about some of the best ways to help your ailing dog get around.

CBD Oil for Dogs: What You Need to Know